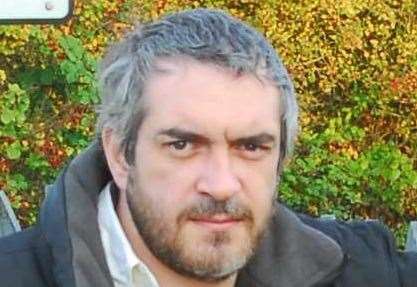 Tributes have been paid to a ‘vastly gifted’ Lynn photographer who died final week.

Jon Seymour, 50, photographed most of the city’s main musical occasions through the years together with Competition Too and Battle of the Bands.

For the Lynn Information, Jon additionally offered reviews of the events, and lined different information gadgets akin to examination outcomes and Pleasure.

Former Lynn Information editor Mark Leslie paid tribute to Jon, who died on Tuesday, as somebody who was ‘unfailingly well mannered and enthusiastic’.

“I’m so unhappy to listen to of the dying of Jon Seymour, and at such a younger age too,” he stated.

“He was at all times unfailingly well mannered and enthusiastic when requested to cowl jobs for us.

“He did a terrific job masking each the Battle of the Bands and Competition Too through the years, offering each phrases and footage for us.

“I believe it was an actual labour of affection for him as he liked his rock music.”

The photographer additionally shared his story when actor and comic Hugh Dennis got here to his residence.

“He was very excited when Channel 4 turned as much as dig up his again backyard for the Nice British Dig, uncovering the Civil Warfare defences round North Lynn, and it was apparent from the time dedicated to him on the programme that his enthusiasm actually got here by way of to the programme-makers,” Mark added.

“It’s extremely unhappy information and my ideas are together with his household.”

Jon offered quite a few footage and phrases for the Lynn Information on Competition Too through the years, and was a part of the workforce there too.

They stated: “We’re heartbroken on the sudden passing of our buddy and competition photographer, Jon Seymour.

“That is an large shock. Jon went above and past supporting us, from photographing our occasions, serving to us with fundraising and even serving to with the stage builds.

“He was an enormous expertise who shall be missed by us, and the native music scene of which he was an unlimited supporter.

“Our love goes to Jon’s household and mates.”

And Triston Finnis, who runs Twisted Melon Promotions, stated: “Jon has been with us from the beginning from after we began doing Battle of the Bands, he at all times got here alongside and took photographs for us – he was our visible diary.

“It is actually bittersweet to see to see an outpour of affection.”

Triston stated, as a substitute of a funeral, there are at the moment plans for a music occasion in Jon’s reminiscence.

JonFest is about to be held in Lynn on Sunday, October 9, elevating cash for psychological well being charities – with extra particulars to be introduced in the end.